This is it! The Paris itinerary is all set! You are all packed. You have boarded the plane and ready to hit the ground running in Paris.

All that planning to find the right flight, the right airline and even the right seat have all paid off. Until you realize the person diagonally in front of you can’t sleep without her television screen on!

We chose a red-eye direct flight from Miami to Paris. Seemed good in theory, right? I mean, I don’t fly well. Who does really? But the idea of hours of flights on two or more planes did not thrill me. So we set out for Miami. Navigating Miami and the airport was easy. Too easy in fact. (I should have known this was a precursor to things coming ahead!)

The plane boarded quickly and efficiently. I will have to say Air France has a really great crew and lovely food. (You see I was happy at the beginning of the flight! Everyone is happy – we are headed to Paris!)

A few hours in and this becomes the scene: The lady ahead and to my right decides she can only sleep if she has the television on. This is not conducive to my sleeping. So hubby and I watch a movie together. Same movie on two headsets. It was easier to watch his and he mine rather than our own. Man those seats are close together. (We will pay for upgrades next time. I promise you that!)

Movie over and I am ready for a good night’s sleep. The entire plane is now dark and many have donned their eye masks. (Yes, pack an eye mask and ear plugs!) Crazy TV lady still has her television on. Nearly everyone is sleeping. Except for the toddler directly behind me, who has slept up to this point. He has the croup. Yes, he coughed for the next 4 hours without ceasing. I mean really he was so sweet, never cried, but man can that kid cough!

And do you know what happens at 4:30am on an Air France flight? They serve Fudgsicles. This lactose intolerant, sleep deprived ginger was not amused. I know this is a tactic by Air France crew to get us acclimated to the time change to Paris local time and prepare us for arrival in Paris. But really?

Arrival in Paris at Charles de Gaulle was easy to navigate. The signage was easy to read in both French and English. We found everything we needed easily. (Read my blog post about the three things to buy in the airport to save time and money.)

I cannot stress enough the importance of using the ATM at the airport. Use the bank owned HSBC one, not the exchange company one.

Tip: Be sure you have notified your bank back home about your travel plans. This could save you some time and a headache for a declined transaction.

When using the bank ATM, you will get the daily rate of exchange and utilize your funds directly from your bank account. Now why is this important? You will get the best rate this way with minimal fees.  For our particular situation it was a $5 fee for each withdrawal. Keep in mind that your apartment owner/manager will expect full payment in cash upon arrival. So make sure 1.) that you grab your cash at the airport and 2.) that you have checked your daily withdrawal limit per card with your bank. And put that cash in your neck wallet immediately.

With bags and tickets in hand we headed for the taxi stand. Make sure to bypass all those people milling about the airport wanting to offer you a ride and head outside for the taxi stand. Be prepared to pay your taxi driver well, but tips are not customary. The costs were high, but they are are efficient drivers. Sure there are many that utilize shuttles, but this was our first trip and I was not wanting a long, multi-stop ride into the city. We arrived about 40 minutes later at the front door of our apartment building.

Tip: Our taxi driver, and every one we used while there, has attended the Le Mans driving school for race car driving. I have ridden in taxis plenty of times. But this is a whole other experience! Buckle up and expect a ride of fast speed, crazy maneuvers and have that airsickness bag with you just in case.

Our apartment was in the heart of Montmartre, 18th arrondissement of Paris. I loved this neighborhood. Beautiful eateries were across the street. The vintage record store was next door and the bakery was three doors down. I was in heaven!

The doors of Paris are very deceiving. You open a door, which leads to a set of doors to apartments, stairways and courtyards. I was pleasantly surprised that our apartment was through three doors, the main house and beyond the second courtyard. It was secluded and private. There was even a private indoor swimming pool in the main house for our use.

We set to unpacking as it was early afternoon. The weather was beautiful at low 70’s and now all I wanted was a nap.

Tip: No naps! And the worse thing you can do is checking the time and referring to the time “back home”.

Seriously, I struggled. And the longer the day went on, the harder I struggled to stay awake. I kept thinking this jet lag was getting worse not better. We walked the neighborhood, around the Sacre Coeur a couple of times, grabbed some lunch and hit the bakery. We made good use of Yelp while there to locate many things. Paris is a walking city no doubt, but you are going to do an amazing amount of walking. We had been going for so long without decent sleep all I wanted was to lie down. So we headed to the grocery store to stock the apartment sized refrigerator.

There is so much to learn at the grocery store in Paris. The cashiers don’t speak a lick of English, not that I expected them to. But maybe my expectations of a kind cashier were unrealistic. The nice people stocking the shelves were able to help a bit more when trying to locate a few things. Milk – in the box, on the shelf. Sports drinks like Gatorade do not exist in the grocery stores.  But they were easily found in the smaller quick shops. They had a great selection of soy and almond milk.

Do yourself a favor if you are buying any fresh produce. Find the weigh station and weigh it yourself. The little scale will shoot out a sticker for your bunch of bananas. Because let me tell you, if you show up without a sticker on your produce the cashier is going to speak very quickly and loudly and your high school French is not going to help one bit in your jet lagged state. You will be thinking, “what is wrong with this crazy person” and that is exactly what all the people standing behind you in line will be thinking about you. Tip #2 for the grocery store: you best be loading your own grocery items and be quick about it. And if you need a bag (sac) – you better buy one at the beginning of your transaction for 3 cents a piece. These cashiers are just that, cashiers. No chit chat and no asking questions. No weighing your produce and no loading your bags.

Do not buy your bread at the grocery store. Buy your daily baguette at the local bakery. There are more bakeries than grocery stores anyway. But do buy the salted butter. I bought the Grand Fermage brand “aux cristaux de sel de mer de Noirmoutier”. And we ate so much of this creamy loveliness laced with crunchy salt bits, I was an addict before we left.

On the walk back to the apartment, roughly three blocks away, I was dragging everything, including the grocery bags. But my sweet and wonderful, encouraging hubby suggested we find an early dinner.

Tip: There is no such thing as an early dinner in Paris. First dinner seatings are usually 8:30pm.

To be honest, I cannot remember what was dinner this night as jet lag had won and I was down for the count. Little did I know this was not jet lag.

When planning the itinerary for your first day, stay close to your lodgings.  You will want to explore, but you may be still quite tired.  Stay awake as long as possible.  I think I made it to 9pm. Maybe.

What’s next? Day 2 in Paris and the quest to find cell service in Paris that was not costing me $4.99 a minute! 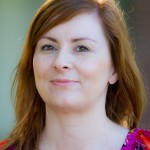